Girnar Software, which owns and operates auto portals like CarDekho.com, Gaadi.com, ZigWheels.com and BikeDekho.com, has acquired PowerDrift, a YouTube channel for automotive content, for an undisclosed amount.

Founded in 2012 by Rohan Albal and Amit Shetty, PowerDrift uploads reviews of cars and bikes. The channel has 1.4 million YouTube subscribers and claims to have about 240 million views with an average of 2 lakh views per video.

Last month, the Jaipur-based Girnar Software raised debt funding of $3.6 million from Trifecta Venture Debt Fund-1, and in April, it had reportedly raised Rs 16 crore in equity funding from Sequoia Capital in an internal round.

Founded in 2007, Girnar Software has made a number of acquisitions in the past: 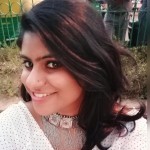