A press statement by the Indian Railways states that the deployment will start with the West Central Railways (WCR) headquarters in Jabalpur, Madhya Pradesh which is the first division to procure drone-based cameras.

The procurement follows a set of trial runs conducted by the West Central Railways. The trials have been run in three divisions: Jabalpur, Bhopal and Kota.

A report on Inc42 quotes WCR CPRO Gunjan Gupta saying, “We have bought one drone from a Mumbai-based company at Rs 7,00,000, and trial at all the three places have been done by the same drone. We are also in a process of buying two more drones to meet the increasing requirements.”

But not every railway zone is up to speed on acquisition yet, the Inc42 report quotes, Ravinder Bhakar, CPRO, Western Railway, “It is a new technology and we are looking into it. We are in a process to finalise the tender by looking into the certifications and other details required for it. Hopefully, in a few months, we will be able to close it.”

Although Medianama was not able to independently verify this, the press statement by the Indian railway suggests that the drone in question will be the ‘Netra’.

The Netra is a lightweight, autonomous Unmanned Aereal Vehicle (military speak for drone) that is used for surveillance and reconnaissance, it has been jointly developed by the Defence Research and Development Organisation (DRDO) and IdeaForge a Mumbai based firm. The Netra is primarily used by paramilitary forces like the Border Security Force, Central Reserve Police Force and others. The drone is a quad-copter and can fly autonomously without direct user input.

We have reached out to IdeaForge for a comment and will update this story when they respond.

The make an model of the drone is key because of controversy surrounding drones made by DJI which accounts for 85% of the consumer drone market. An unclassified memo, issued in August by the U.S. Immigration and Custom Enforcement (ICE) in Los Angeles, argues that DJI may well be leveraging its drones to provide “U.S. critical infrastructure and law enforcement data to the Chinese government [and that the company is likely] selectively targeting government and privately-owned entities within these sectors to expand its ability to collect and exploit sensitive U.S. data.”

In November 2017, the office of the Director General of Civil Aviation (DGCA) released the Civil Aviation Requirements (CAR) for the operation of drones. As per the CAR, in order to operate a drone one will have to obtain a Unique Identification Number (UIN), an Unmanned Aircraft Operator Permit (UAOP) and comply with certain other operational requirements.

In April 2016, DGCA had released a draft policy with guidelines for obtaining a Unique Identification Number (UIN) and permission to fly a civil unmanned aircraft system (UAS). The current Civil Aviation Requirements for operating a drone has been built on top of this draft policy. DGCA had begun the process of framing guidelines for the operation of drones in the country, back in April 2015, post which drones were expected to be legalized.

This week, some drone companies and startups have come together to form an association called Drone Federation of India to suggest changes to the government’s proposed draft regulations for remotely piloted aircrafts in the country and influence policies and decisions in India. The main concern areas for the association are-processes, and weight restriction and height restriction. The group of drone companies demands to increase weight to at least 4 kgs from 2 kgs currently and height restriction to 400 feet from 200 feet currently.

The association is also looking into easing out the process of registration and permission for flying drones. The association has reportedly asked for faster approvals and allocation of testing sites for drone manufacturing and R&D. The wait currently is month or two to get a permission for a project. 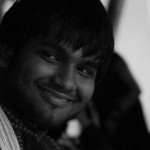